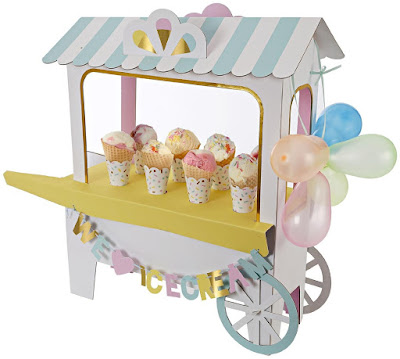 My nephews and I have a tradition of eating big bowls of vanilla ice cream together on Saturday nights when they have sleepovers here at my house. We doctor the bowls with hot fudge or butterscotch (or both), whipped cream, and plenty of sprinkles. We don't generally go in for other flavors of ice cream as part of our family ritual and that keeps things easy for me.

However, I was thinking of fancying it up a bit - perhaps inviting the neighbors' grandchildren to join us sometime, adding a few more ice cream flavor options (Cookie Dough seems popular in our circle), decorating and making things festive.

Here are some of the things I've found to make the party extra special! 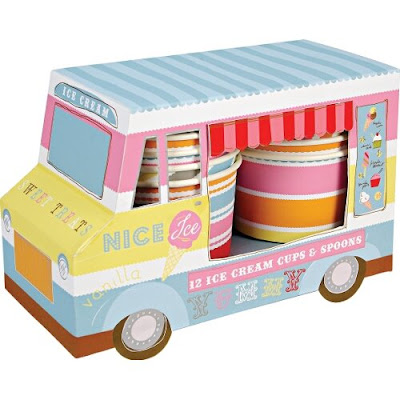 Meri Meri Ice Cream Van, on Amazon and on Etsy 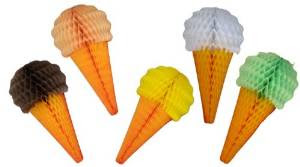 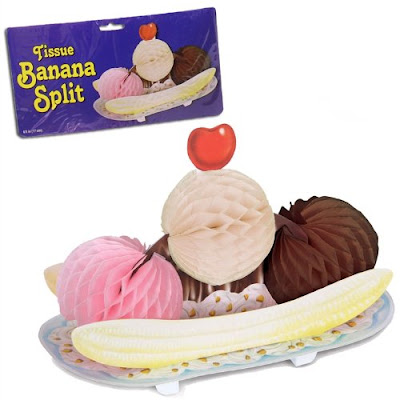 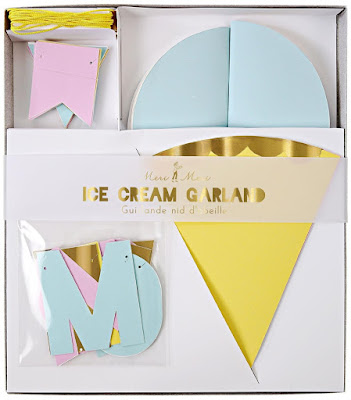 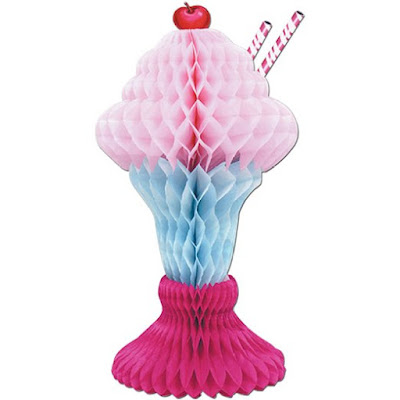 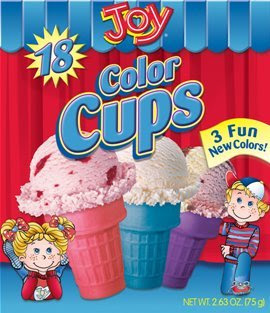 I always use color cups for our cones - beige is too boring! 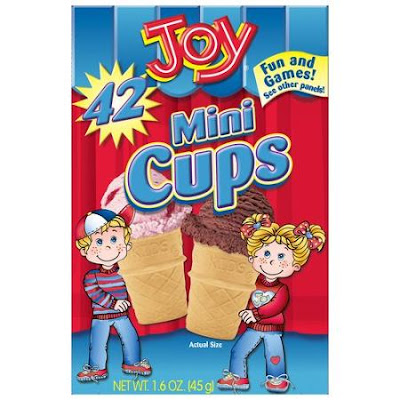 Mini cups are great when you want to hand out a refreshing little treat but not spoil anybody's dinner or piss off their parents. 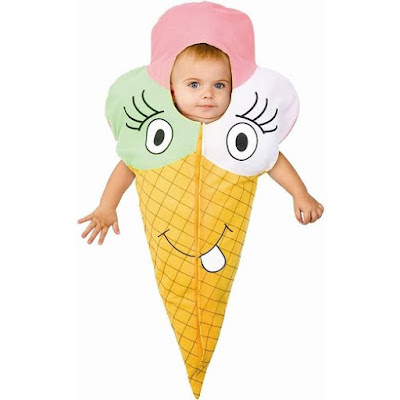 Would your brother or sister freak out if you dressed their infant up for the party? :) 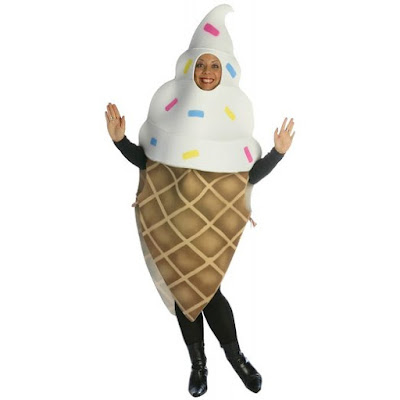 Only the most dedicated (or silliest) aunt would volunteer to wear this funny ice cream cone costume. 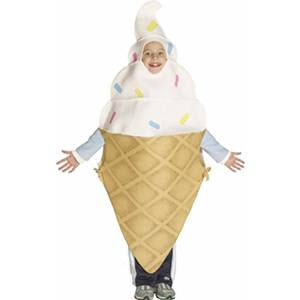 Your nieces and nephews could join you in Goofyland by wearing their own child sized ice cream costume. 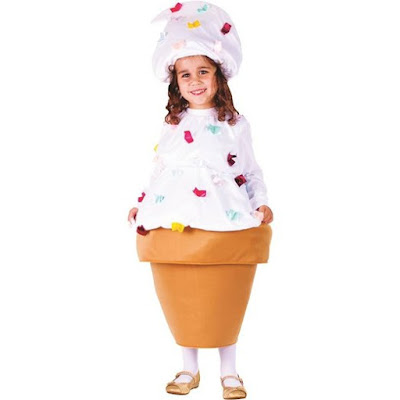 Perhaps you would prefer to dress up as an ice cream sundae. 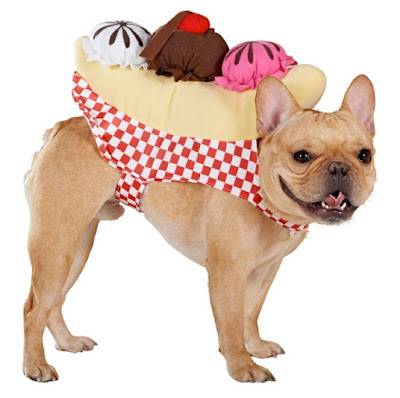 Your pet can participate in the silliness too, with this dog banana split costume. 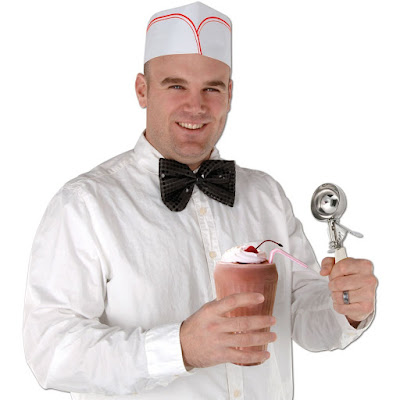 Here's a hat that's perfect if you're going for more of a soda fountain theme than an ice cream parlor. 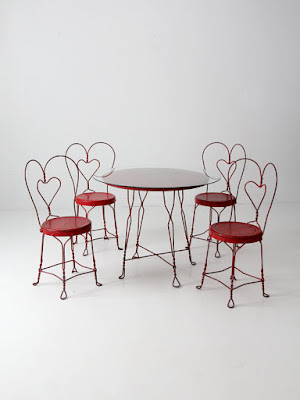 I'm a pretty awesome aunt, but even I would not be very likely to dedicate an entire room in my home to becoming a permanent ice cream parlor. That would be more of a grandparent move. My own grandparents do have a small section of their lake house covered patio set up as a mini ice cream parlor using their vintage 1970s shocking orange leather ice cream parlor seats. You can imagine how much their great-grandkids look forward to visiting each summer! 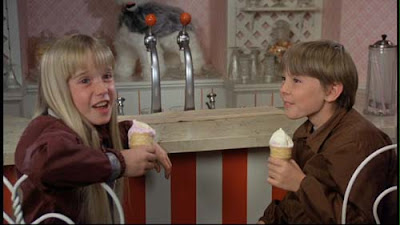 Who here remembers the ice cream parlor set up for Tony and Tia in the 1970s children's fantasy movie Escape to Witch Mountain? 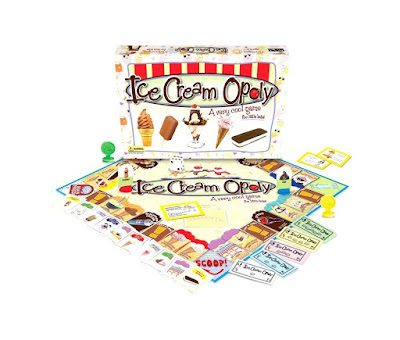 Ice-Cream-Opoly Board Game, on Amazon

If you're looking for an activity for your ice cream party, I recommend playing Icecreamopoly with your nieces and nephews BEFORE serving them ice cream, not after. (The whole business with sticky hands and the sugar wiggles, you know what I mean?) 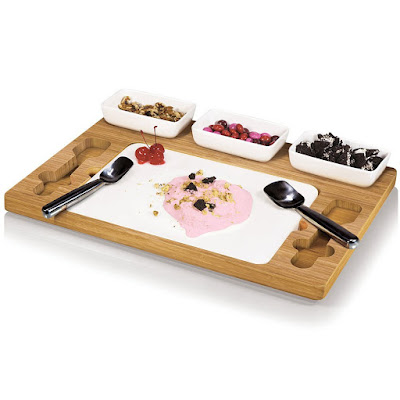 This ice cream mixing slab set is going a little over the top. I'd only recommend it if your nephews and nieces are super fans of Coldstone Creamery and the like. 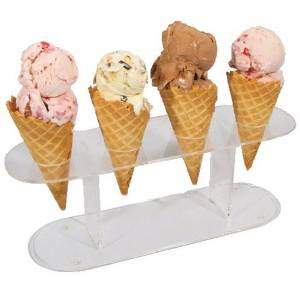 This ice cream cone stand won't be very useful to you if you have little people standing around drooling watching you scoop up ice cream and snatching their cones immediately out of your hands. However, if you're pulling a "come in from the yard, I have a surprise for you!" maneuver, this helps you set up four cones quickly to dispense to joyous children. 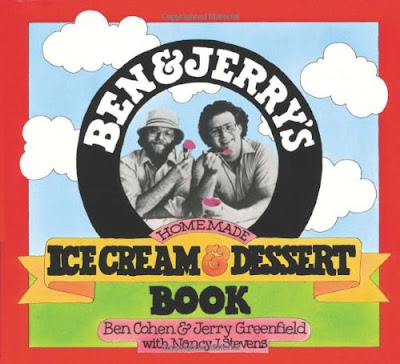 Adventurous enough to make your own ice cream and let the kids help you?