If you saw my ice cream post from May you probably know that I desperately want to have an ice cream party. 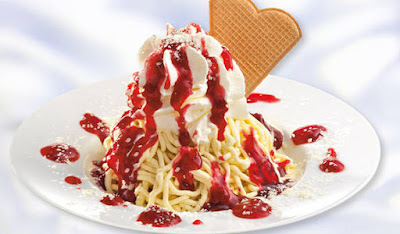 I've recently bumped into so many intriguing pictures of spaghetti ice cream - usually during my Pinterest wanderings. It's apparently really popular to make this right now! After doing some research I realized that spaghetti ice cream has been around for quite some time, but I never knew about it! It's from Germany and is technically called " spaghetti eis". It's not pasta - it's ice cream extruded into the shape of spaghetti noodles. How fun! 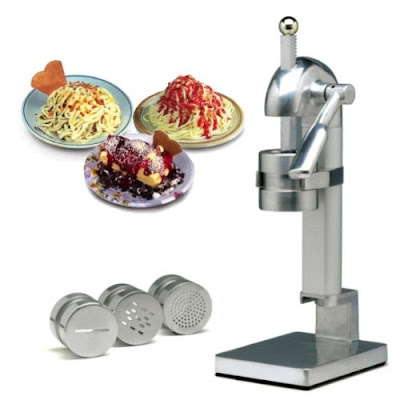 Wouldn't your nieces and nephews think it's fun to have a spaghetti ice cream party? There are a couple ways you can go about making it together. To make your life easier, instead of poking holes through plastic bags (one of the recommended methods), you can actually get this Carina Spaghetti Ice Machine. It comes with several different metal extruders for different ice cream shapes.

You could have a spaghetti dinner then have spaghetti dessert! You can get creative and make all kinds of "pasta." How about using white chocolate as Alfredo sauce, or pureeing some raspberries to make "tomato sauce?" This would be so much fun for the kids.

Here are a few recipes to check out and just get creative!

This one has brownies for meatballs! 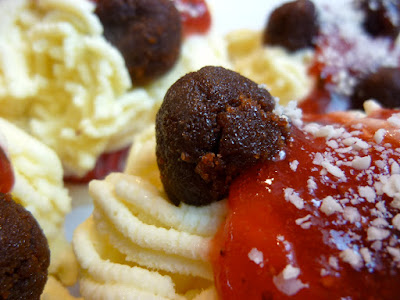 Do you have any recipe ideas? I'm trying so hard to find a "pesto ice cream" recipe! Maybe mint shavings? Let me know your ideas down in the comments section! I think this would be such a fun activity this summer. 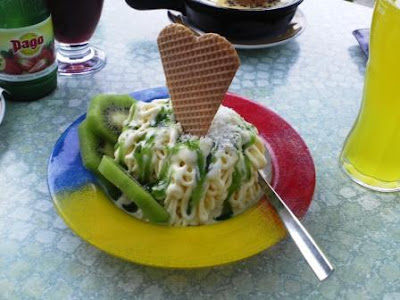