Because I work at home and have a flexible schedule, it's often up to me to entertain little people when school is out for a Snow Day. Often the schools close due to bus safety issues, but the parents can still get to work. So probably two or three times per winter I have a houseful of overly excited nieces and nephews for a schoolday or two in a row.

I do like to get the little guys outside in the snow and play around to burn off that "school's out!" energy. But there's only so many hours you can spend out in the cold, and only so much hot cocoa you want to feed them to warm them up. Eventually you're going to end up indoors with a houseful of kids who are excited to spend time with you. This is why I stock up on craft projects, puzzles and things we can do together.

I don't want to sit around watching movies or cartoons with them all day, and I (purposely) don't own a video game platform. We generally don't have a ton of time (or attention span) to devote to a bigger building project. So I have picked up a few of these smaller LEGO kits to keep on hand. (They're also nice to tuck into your suitcase and bring with you if you are a Visiting Auntie this holiday season). 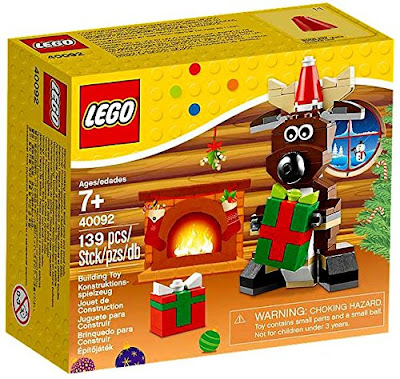 The LEGO Reindeer has 139 pieces. He comes with an immensely silly red cap you can put on his head. 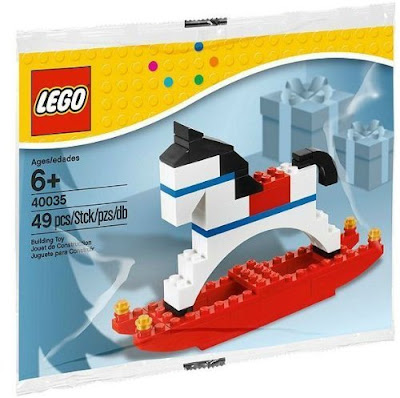 I'm not sure the LEGO Christmas rocking horse is all that thrilling. But it has something going for it: it's only 49 pieces. Maybe a nice idea if you have an under-five-year-old niece or nephew who needs a simpler set to put together with you. 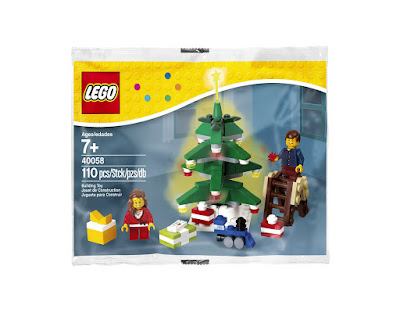 This bagged "Decorating the Tree" set looks pretty fun. Its 110 pieces include two figures, some presents, and a little ladder for the minifig. 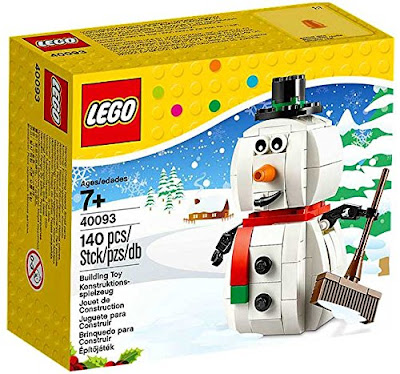 Here's my favorite - the LEGO Snowman! I especially like this because I can put him together with some Jewish friends' children - he's wintry, not necessarily Christmasy. 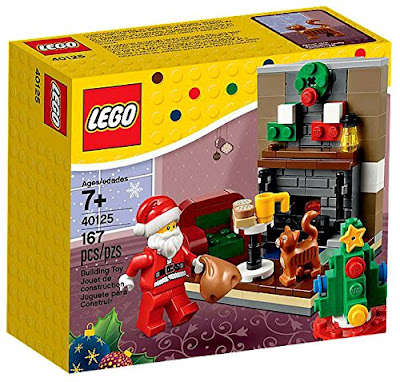 "Santa's Visit" has 167 pieces, so it's best for a long afternoon, or perhaps a pre-movie winter's evening. Note: If you pretend to be the kitty and talk in a silly voice, demanding Santa bring you catnip and put coal in the dog's stocking, your youngest nieces and nephews will probably think you are the most hilarious person ever.

Can't you picture yourself sitting around your breakfast nook table, steaming mugs of cocoa on hand, putting together one of these sets with a table full of happy nieces and nephews?